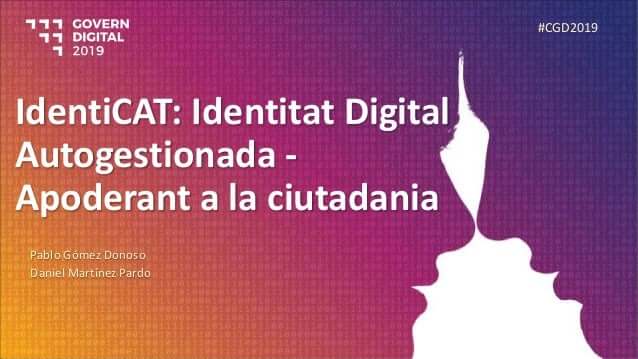 Last summer we heard the news that Alan Turing, British mathematician and considered the father of cryptography, had been chosen to be the new face of the 50-litre bitllet in the United Kingdom. His story is already part of popular culture, and as the film The Imitation Game narrates, he was the man who managed to crack the Enigma codes – the machine used by the Nazis for their communications in the Second World War – which was an enormous advantage for the allies.

Cryptography – defined by the IEC as the ‘technique of converting a text or data into a message incomprehensible to the person who does not possess the digit or key’. – is essential in blockchain, as information is shared in encrypted form across huge networks of computers without any hierarchy. Once again, technological advances linked to the military sphere would later have applications for society as a whole.

Although it was a discipline that was tightly controlled by the governments due to its use during the war, the situation changed over the years, with various research projects aimed at making the freedom of communication offered by cryptography more accessible. They were unknowingly creating the intellectual and technical foundations of blockchain and bitcoin.

During the 1970s and 1980s, several advances were made in this direction. The work on asymmetric (or public-key) cryptography by Whitfield Diffie and Martin Hellman with the Diffie-Hellman key exchange algorithm is very important for the encryption of conversations, as well as the creation of the Merkle tree (by Ralph Merkle), which is now widely used to secure blocks of data received from other peers in peer-to-peer networks.

The nineteen-nineties and the cypherpunk movement

One of the most important documents that foreshadowed the present we live in today was the Cryptoanarchist Manifesto, written by Tymothy C. May. May, without which it would be difficult to understand the birth of Bitcoin and some of its fundamental aims and pillars. Crypto-anarchism is an ideology or strategy that favours the use of asymmetric cryptography to achieve the principles of privacy and individual freedom, aiming to create cryptographic software that can be used to evade prosecution and harassment in sending and receiving information on computer networks.

n this way, the first steps were taken in the so-called cypherpunk movement, which defended freedom of expression, access to information and privacy, three values that had to be protected and promoted by means of technology and cryptography. From this point onwards, during the nineteen-nineties there were the first attempts to create an electronic, distributed and anonymous money system, such as B-Money, which is explicitly mentioned in the bitcoin white paper.

Finally, in November 2008, Satoshi Nakamoto published a document (the white paper) in a forum where, theoretically, he defined in detail a global payment method without intermediaries, between users, made up of an ecosystem of combined fish never seen before. This is surely the most important document in the world of blockchain, the first official appearance of this technology, which has shaped a whole universe of technological revolution around it. Very soon, on 3 2009, the first block of the bitcoin blockchain, known as the genesis block, was generated, marking the beginning of the Bitcoin network.